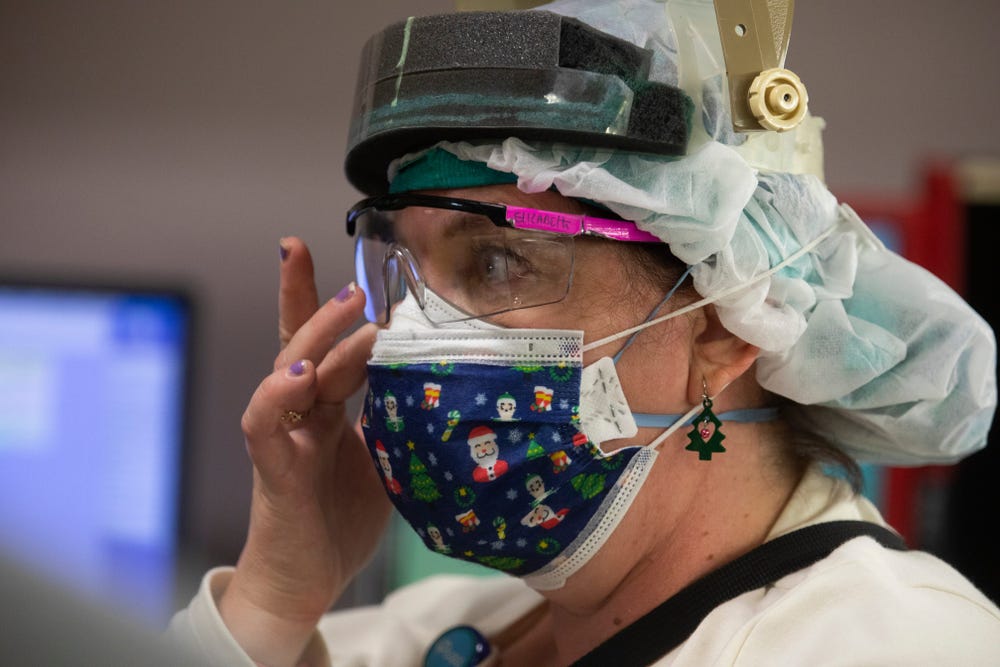 For Tiffany, a nurse currently working in the Pacific Northwest who originally came from Western Pennsylvania, the prospect of travel nursing was a no-brainer.

"I was like, 'Cool! I can make money, pay my bills and see the country.'" she told Insider in a recent phone interview.

A key part of what enticed her away from a staff job at a Pittsburgh hospital back in 2013 was the promise of double or more her salary if she were to take on a traveling nurse contract.

"I started at the ER, loved the ER, did it for a couple of years, and then started getting emails from companies that were saying like, 'Hey, we'll pay you twice as much as you're making,'" she said. Even better, Tiffany said, was that those jobs were always far from Pennsylvania, in places like California and Oregon.

Hospitals across the country are enticing nurses with high-paying contracts as the industry faces staff shortages. Many nurses are experiencing burnout from the pandemic, but hospital systems were strained before COVID hit, and nurses say the past year and a half has only made things worse. 0

At her last contract job, Tiffany said she made $3,500 a week. That was before the pandemic, and things have only gotten more lucrative in the past year and change. "You could make $5,000, $7,000 per week easily," she said.

At those rates — approximately $10,000 a week — some nurses are making more than the doctors in the same hospital ER they're working in. Even in New York, America's highest-paying region for emergency physicians, the average weekly pay for ER doctors is about $6,400, according to ZipRecruiter data.

With COVID hospitalization surging once again, hospitals are paying such huge contracts for travel nurses who can quickly relocate. This is especially true for nurses who work in hospital intensive care units (ICUs).

"It comes down to simple economics of supply and demand," White said. "It's unprecedented that we see, across the country and probably across the world, such a high demand for ICU nurses."

There are other, more banal factors as well.

"During the summertime months, all hospitals — Northwell included — we try to give as many of our employees [as possible] time off," White said.

There's also the backup of people dealing with more minor health issues that arose during the pandemic.

"Even here in the Northeast, where we're not seeing right now that tremendous bump up in COVID patients," White said. "It's just people seeking healthcare more now and going in and saying, 'Oh, I probably should take care of this now.'"

Though the payout is massive, being a travel nurse adds another layer of complication to an already stressful and complicated job. And for some of the highest paying gigs, there are potentially much bigger institutional and/or regional issues that don't come through on the job application.

"There's a reason why people don't want to work there," Tiffany said. "Maybe the management sucks. Maybe you don't have the supplies you need. Maybe the patient populations really nasty or really sick. You're getting paid for your troubles."